DEFRA’s recently published progress report on the Government’s 25-Year Plan for the Environment, makes interesting reading for any builder or self-builder, not least where it relates to water. Acknowledging existing stresses on water supplies, and the additional increased pressures likely to arise in coming years from population growth and climate-change, one of the key aims of the Government’s Plan is to ensure adequate future supplies of clean water for both people and the environment. 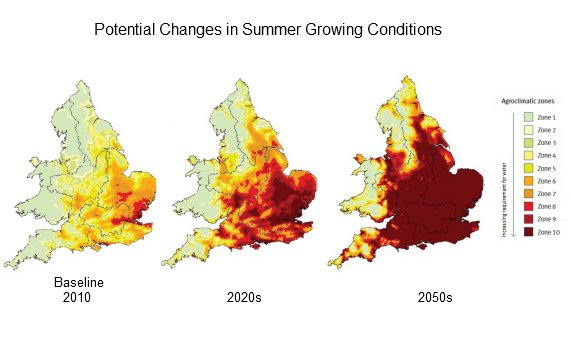 The growing challenge in this respect is illustrated by the graphic (above) which shows the water-related difficulties already being faced by agriculture and, by implication, the natural environment. It is therefore hardly surprising that the Plan aims to tackle the challenge in part, by aiming further to reduce domestic mainswater consumption below current Building Regulations requirements. 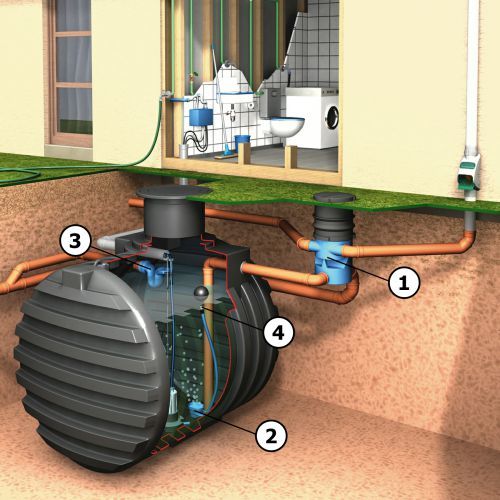 By far the most straightforward way of doing that would be to make rainwater collection system for home use a normal feature of new UK houses. This already happens on mainland Europe in countries experiencing similar water-supply stresses. For example in Germany more than 1.8 million households and companies collect rain in concrete or plastic tanks, in order to water the garden, flush the toilet or wash their cars. About 110 million cubic meters of valuable drinking water was saved in 2009 nationwide alone!

Rainwater harvesting systems are very straightforward to install in new-build homes; they operate simply by gathering roof water via standard guttering and downpipes, then filtering-out solid matter before storing it underground for later re-use. The storage tanks are sized according to the roof area and occupancy of the property concerned, to provide around 20-days consumption in dry weather from full. The stored water is then delivered through dedicated pipework to services which do not require potable water, typically the toilets, clothes-washing machine and garden tap.

Current Building Regulations require new homes to be designed and built so that they use no more mains-water than 125 litres per person per day, on average; generally, this can be achieved by a combination of water-efficient appliances, smaller baths and wash-hand basins/sinks, and water-efficient taps and shower-heads.

To reduce average daily consumption significantly below the current requirements will mean either having new homes without baths, or the substitution of harvested rainwater for some of the mains water that would otherwise be used. Typically, this latter approach would reduce the mains-water consumption down to around 80 litres per person per day. And, better still for keen gardeners, if designed-in from the outset, the system can also be a source of garden irrigation water – even when hosepipe bans are enforced.

Section 5.ii of the Plan details Sustainable Drainage Systems (SuDS) and their use to reduce flooding. Encouragingly the Plan looks to put in place more SuDS systems. Where rainwater is collected from roofs into storage tanks, not only reduces the risk of surface water flooding, but also has the potential to be used within the home (see Rain Water Harvesting above).

The UK Government's 25 Year Environment Plan seems sensible enough, but fails to even aim to put any of the words into legislation regarding water. Instead actions within the 25 years include "Considering changes to the National Planning Policy Framework and Building Regs in the longer term to encourage SuDS" and "Amending planning guidance to clarfy construction and ongoing maintenance arrangements for SuDS in new developments" (emphasis added). Both of which are welcomed, but given the potential immediate impact of climate change as shown in the Environment Agency forecast image above,are perhaps short of the mark.

Wales is already acting on reducing the impact of flooding with new SuDS legistation already in effect (as of January 2019).

If you are concerned about how potential water shortages might impact your home, farm or business, and are interested in Rainwater Harvesting, please do contact us with your requirements.